I’ve known Marcus since around junior high when he moved to town and got a job at the station where Artie is chief of police. Marcus was this young married guy with a baby on the way, and I was just starting to feel tingly about males. Well, he was right on time, the gas in the tank of my fantasies. What motivation! If I had a nickel for every time I imagined Marcus telling me to do bad things and professing undying love for me while I did them, I could lay those nickels end to end all the way to the moon…three times.
I was in my first year of college when I heard he was going through a divorce. He had a little boy, five at the time. I tried to express my sincerest sympathy to him one night in our kitchen during my father’s annual, have the guys and their wives over Christmas party. But Marcus had custody of his son, and at Dad’s insistence brought him along. I don’t even think Marcus had a beer, and as I remember he’d patted my head instead of…anything else, and thanked me for my kind words like I was Laura Ingalls and he was Mr. Edwards. I was thinking more along the lines of Lolita and a way less disgusting HH.

The story takes place in the late sixties. Hilly Grunier has been in love with Danny Boyd since she was a kid telling scary stories on summer nights at the fire hydrant while Danny pulled close on his bike. But when Danny is thirteen, their friendship ends when he and his brother Sukey have a vicious fight over Hilly. Years pass, and Hilly carries a secret and growing love as she watches Danny rise athletically to the top of their school’s food chain. He even dates the prom queen and rumor says they are engaged. Now Danny has graduated and shows up in her dad’s shop looking for some temporary employment until the army picks him off for Vietnam. He’s thrown aside his college scholarship and the golden girl. He seems to be searching for something new before he leaves town. He seems to be searching for her. Hilly can’t let him go overseas without showing him how she feels. But once he’s gone, her own battle intensifies. It’s a long road to finding her thunder.

Starts out in summer of 1963. Sweet little ten-year-old Catholic school girl Georgia Christine meets eleven-year-old smoker with armpit hair who really does live on the wrong side of the tracks Easy. She and Abigail May are mystery solvers, The Darnay Spies, in their spare time, and Easy Caghan (E.C.) and his brother Cap will keep these two little ladies on their sleuthing toes. Darnay Road leads them into a future where their childish friendship blooms into love. Will the Vietnam War be the one challenge they can’t overcome?

4. My Wounded Soldier: Book One, Fight for Glory

1866
All across the country men are drifting home from the war. But when Tom Tanner musters out, he doesn’t plan to go home. He has been working in the brickyard in Springfield trying to save enough money to buy a rig and head west. He’s not expecting his father to show up and plead with him to return to the farm. After the horrible loss of his older brother, Tom doesn’t feel worthy of the family’s company. But his guilt won’t allow him to cause them more pain and so he goes home for one last visit. It’s hard to find normal around the folks. The work of harvest provides the perfect distraction. Once the crops are in he’ll go so far away they’ll never have to look at him again. But his plans are challenged one day. Tom is working in the field when the neighbor boy, Johnny, comes running for help. What Tom finds at the neighbor’s home is a scene right out of the war. But it’s not just about killing. The Missus Addie Varn, is ready to birth. Tom wants to run, and he will come fall, but now he must roll up his sleeves and play midwife.

Tom Tanner has taken on a family. He lived through the war, but becoming a lover and pa to two small children may be the role that breaks him. This is the story of a man’s slow rise from black sheep to patriarch. 1866 is a time of learning to carry on in the aftermath of civil war. Tom is ready to heal, ready to take over Addie’s farm and make it a grand place. He has money from reupping in the war and reward money for bringing a few notorious outlaws. Can Addie’s love help him settle and become an outstanding man like his pa? It’s the only fight worth making– a fight for love.

6. My Wounded Soldier, Fight for Glory, Fight for Love (Special Edition bringing both books together). 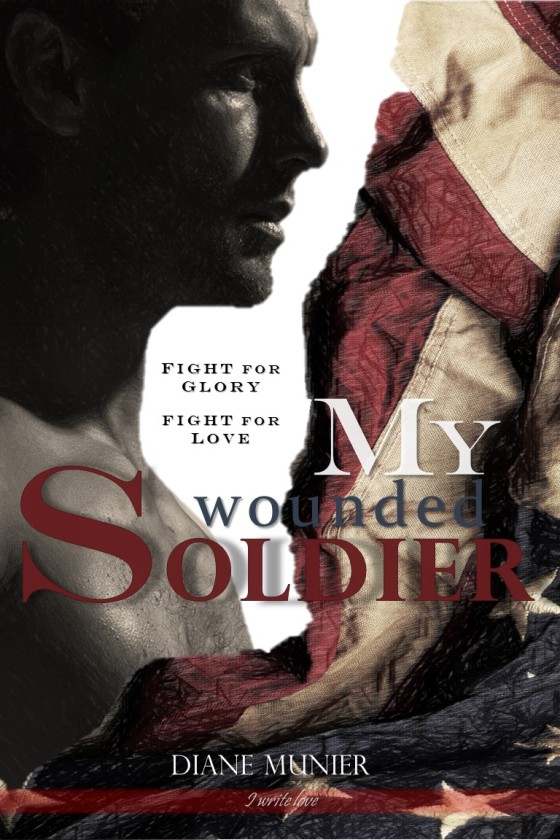 This is a special edition, formerly Book One and Two of the My Wounded Soldier series and the complete saga of Tom Tanner. Tom musters out of the Twenty-Seventh after the Civil War. Battle-weary and broken-hearted, Tom plans to go west when his father prevails on him to come home. It’s there that his future takes a turn. Soldiers roam the country, some bent on mischief. When a drifter kills the neighbor, it’s Tom the widow sends her son to find. Tom arrives at a gruesome scene, and the widow is ready to birth.

7. Me and Mom Fall for Spencer 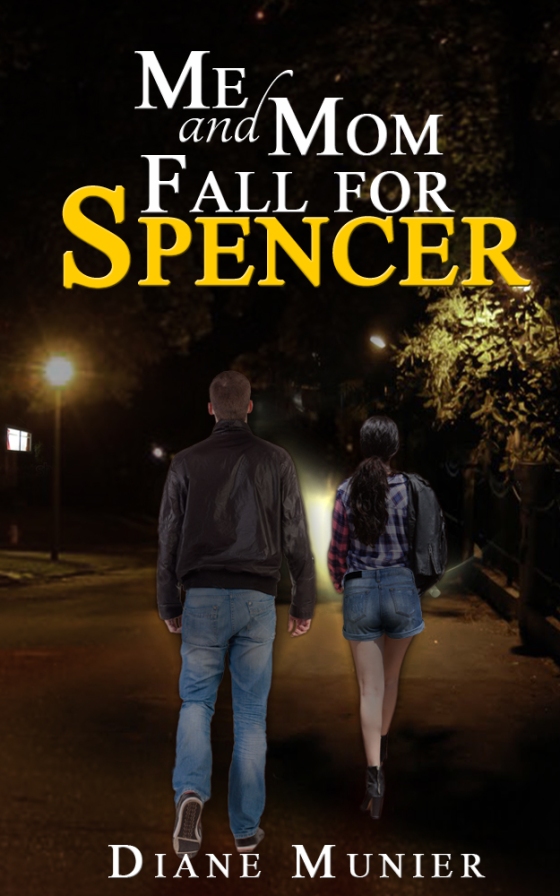 The house next door to Sarah and her mother Marie has been vacant since the murder that happened there when Sarah was ten. Their neighbor, Frieda, was like a second mother to Sarah and she died brutally and that event sends a paralysis over this sleepy neighborhood that hasn’t lifted for seventeen years. Imagine Sarah’s surprise when the old place finally sells to an on-line buyer. She looks through the thick growth separating her house from the other and a wild man looks back. He’s thirty-seven year old Spencer Gundry. Once he shaves the beard and gets a haircut, he’s not hard to look at. Well Sarah’s mom doesn’t think so. And maybe she doesn’t either. Problem is, Sarah has evolved into the neighborhood watchdog and she knows this tumbleweed Gundry has as many secrets as the house he owns.

Two lonely souls on the beach. A chance meeting or orchestrated? She invites him to leap to the end of what could be a great time. She has a cabin for three weeks. He has his grandfather’s Victorian house. He doesn’t take chances as a rule, but he’s been drifting for a long time. Does he have the guts to take her up on the offer? It’s reckless. But his moral compass got reset after the incident. So maybe he’ll leap and see where he lands.